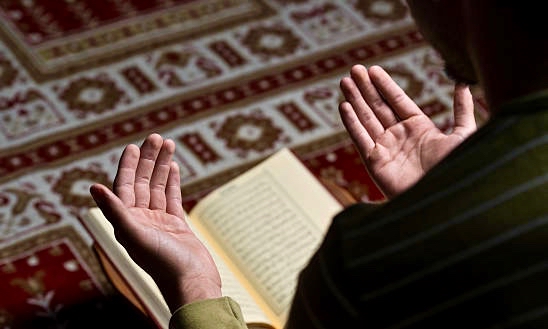 Before invading Iraq in 2003, George Bush, Dick Cheney and Donald Rumsfeld didn’t know the difference between the Sunni and Shi’a branches of Islam, much less why it would matter and turn out badly once they ousted Saddam Hussein. So a brief history of Islam in order before delving deeper into U.S. interventions in the Middle East.

Friends who are Muslim, and perhaps a few who are not, no doubt have a much better background than I to write about Islam, about Sunni and Shi’a. This post is only to provide some historical context, a frame of reference, for the tension, competition and conflicts between Sunni and Shi’a, keeping in mind that the main focus here is on U.S. meddling in the Middle East, for which we must take responsibility.

Muhammad ibn ‘Abd Allāl, whose ancestry traces back to Abraham, was born circa 571 in the hill town of Mecca on the Arabian Peninsula, about 90 km. from what is now Jeddah on the Red Sea. He was orphaned early, age 6, and grew up in the household of his paternal uncle, Abu Talib.

At 25, Muhammad was employed by and then married Khadija, a wealthy widow, which raised his social and business standing. By age 40, he was, like her, a successful merchant in the caravan trade with Syria. Muhammad earned a reputation for honesty and fair dealing, and was often called on to mediate disputes.

Although there were some monotheistic communities, Jewish and Christian, here and there, most of pre-Islamic Arabia believed in various gods and goddesses as protectors of their tribes, and the Ka’bah shrine in Mecca held hundreds of tribal deity statues.

In the Islamic tradition there is a story about a sacred Black Stone removed from the Ka’bah during renovation and various clans quarreling about who should have the honor of setting it back in place. They went to Muhammad, who, true to form, had the leaders of four clans place the stone in a cloth, with each holding a corner as they carried it to the Ka’bah, where Muhammad re-set the stone. Honor upheld in all quarters.

Muhammad sometimes retreated to a cave on Mt. Hira to pray. The Islamic story is that one night during Ramadan, which even in pagan Arabia was a month of daylight fasting and spiritual retreat, an angel appeared and said to Muhammad.

Recite! And your Lord is Most Bounteous! Who teaches by the Pen, teaches man that which he would not have otherwise known. [Koran 96: 1 – 5]

Muhammad fled down the mountain, but the angel called after him, “Muhammad, you are the messenger of God and I am the angel Gabriel.” Muhammad’s visions continued, and he decided to heed the call to be God’s messenger, a prophet in the tradition of Abraham, Moses and Jesus.

Muhammad’s wife Khadija – with whom he had a long and apparently happy marriage – was the first to believe in Muhammad as God’s messenger. Next was his young cousin, Ali ibn Abi Talib, who was to play a pivotal role in the Sunni – Shi’a schism.

Muhammad gradually gained more believers as he preached his message of submission to Allah – Islam is derived from the Arabic root for “submission” – to a monotheistic God like that of Jews and Christians, and condemning idol worship. It is not a coincidence that, to name God, Christian Arabs used cognates of Allah, as did Jews.

But this message was very unpopular with the merchants of Mecca, who had a good deal going catering to the pilgrims who came to worship at the Kaaba, a pantheon of many gods. They began pressuring Muhammad, carrot and stick, offering him admission to their inner circle if he abandoned his preaching and threatening harm if he did not, but Muhammad stayed his course.

Push came to shove after first Khadija and then Abu Talib, his uncle and political patron, died in 619. Talib was replaced by Abu Lahab, a long-time business and political rival. In 622, fearing assassination, Muhammad migrated with his followers – a trek known as the hegira – to Yathrib, what is now Medina, an agricultural oasis 300 miles and eleven days by camel north of Mecca, where they established the first ummah – literally, “the people” – a community of believers.

Once in Medina, Muhammad used his mediation skills to settle blood feuds and unite rival clans behind him. Armed conflict with Mecca started in 624, first the Battle of al Badr, a victory in which Ali distinguished himself, followed by Mecca’s unsuccessful siege of Medina in 627, and finally Muhammad’s taking of Mecca in 630, after which he ordered the destruction of all pagan idols, including, some historians assert, frescoes of Mary and Joseph.

By the following year, Muhammad’s forces had conquered all of the Arabian Peninsula, and in the next 100 years Islam spread across North Africa and into present day Turkey, Iraq and Jordan, the Caucasus and the Iberian Peninsula.

But Muhammad did not live to see Islam take root so far afield. He died in 632, setting off – no surprise – a competition to be his successor. In a communal consultation known as shura, Muhammad’s family, companions and disciples elected as the first Caliph, or “commander of believers,” the very respected Abu Bakr, one of Muhammad’s closest friends and, not incidentally, his father-in-law.

But there were dissenters who believed that Muhammad’s successors could come only from his blood line, and that Muhammad had appointed Ali, his cousin and son-in-law, as his spiritual and temporal heir. Ali was first in line because all of Muhammad’s three sons and all but one of his daughters, Ali’s wife Fatimah Zahra, had died before him.

Muslims who believe that Ali and his bloodline are Muhammad’s chosen successors are known today as Shi’a, or Shiites, from shi’atu Ali, Arabic for “the partisans of Ali.” Those who believe that men like Abu Bakr, chosen for maturity, moderation and leadership rather than kinship, should be Muhammad’s rightful successors, are now known as Sunnis, derived from the Arabic word “sunnah,” meaning “habit” or “usual practice” – literally, a “clear and well-trodden path” – and from Ahl al-Sunnah, the “people of the tradition.”

Ali is believed to have authored the Nahj al-Balagha, the Way of Eloquence, a compilation of sermons, letters and quotations revered in the Muslim world. But in the competition for first caliph, Ali, trying to avoid intramural strife, demurred and withdrew from political life, working for the next 24 years as a farmer and digging wells still known today as Abar ‘Ali, “Ali’s Wells.”

When Abu Bakr died only two years later, he was succeeded by Umar Ibn al-Kahattab and then Uthman ibn Affan, neither in Muhammad’s blood line. Both were assassinated. An ominous trend. After Uthman was killed in 656, Ali, finally, became the 4th Caliph, the last of what are now called the four Rightly Guided Caliphs, only to be himself assassinated five years later by a poisoned sword in the Great Mosque of Kufa, still standing 1300 years later 100 miles south of present day Baghdad.

Like Christianity, Islam was spread by the sword, and like Christianity, its leadership would often be hijacked for political purposes by those seeking to legitimize their rule in the Muslim world. Ali’s eldest son Hasan was in line to succeed him as Caliph, but in 661 abdicated to keep the peace with Muawiyah ibn Abi Sufyan, long-time governor of Syria and head of what would become the Umayyad Dynasty (661 – 750), who in a ceremony in Jerusalem crowned himself the next Caliph.

Ali’s second son, Husayn, refused to acknowledge Muawiyah’s authority, and in 680 A.D. Husayn and all of his companions, wife and children too, were killed in the Battle of Karbala – more of a massacre, it seems – by an army headed by Yazid, Muawiyah’s son. For Shi’a, this was and still is the final fissure, the great fault, in the Sunni – Shi’a schism.

The Umayyads were followed by the two more Sunni caliphates, the Abbasids (750 – 1517), based first in Damascus and later in Cairo, and then the Ottoman Caliphate, known in the West as the Ottoman Empire, with its capital in Constantinople, current day Istanbul, which lasted until the end of World War 1, when the British and French broke it into pieces.

Next, how the Sunni-Shi’a schism 1300 years ago is still playing out today.