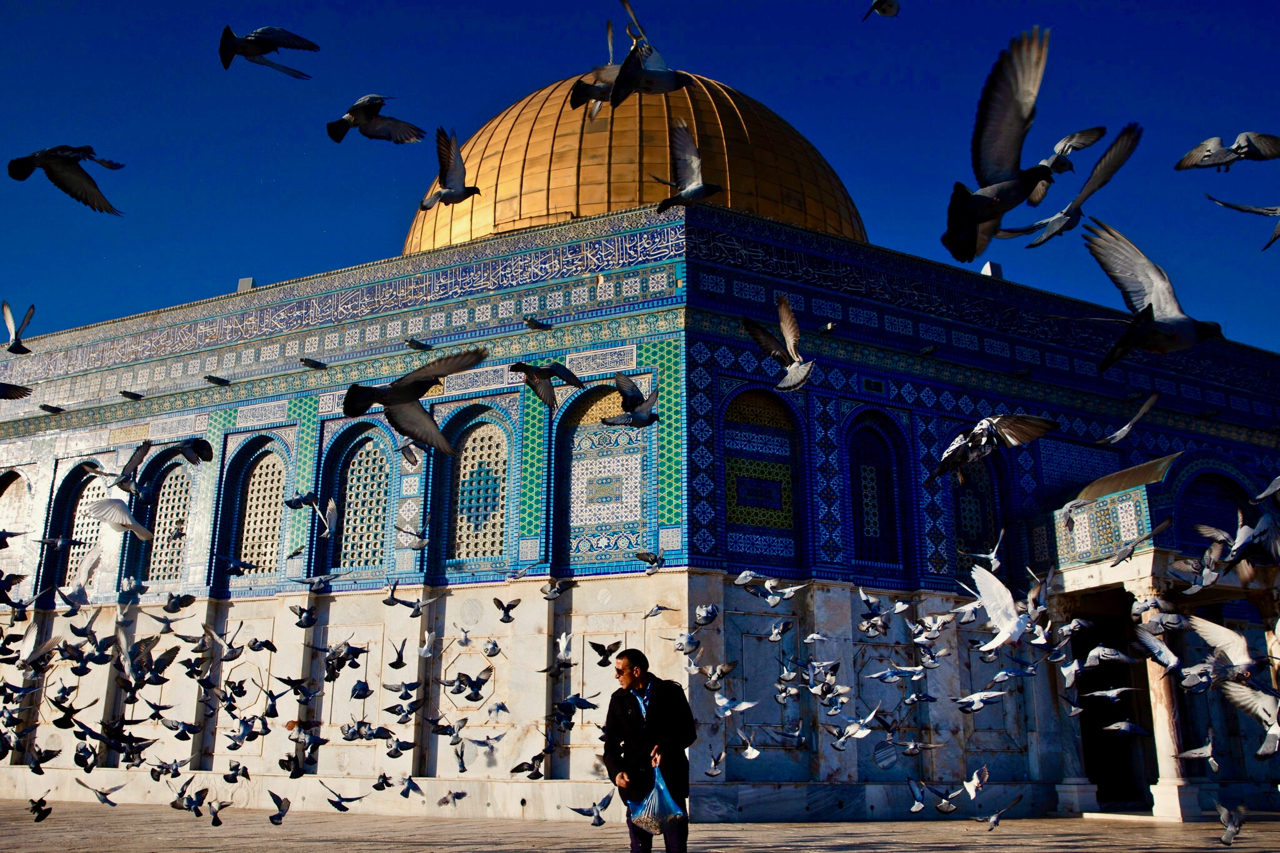 I and the public know
What all schoolchildren learn,
Those to whom evil is done
Do evil in return.

Understanding the seven decades of Israeli – Palestinian conflict, including the recent violence in 2021, starts and ends with three words. All of it.

Zionism, a religious nationalist movement for the creation of a Jewish state in Palestine, emerged in Central and Eastern Europe in the late 19th century, and the Holocaust gave it the final impetus.

On November 29, 1947, the United Nations partitioned Palestine, which since 1922 had been governed by the British under a U.N. mandate following dissolution of the Ottoman Empire, allocating 55% of the land for Jews, although they were then only 32% of the population and owned just 6% of the land, and 45% for the 1.9 million resident Palestinians – most Israeli Jews say Arabs – who had lived there for generations.

But the Zionists never intended to settle for even a big, disproportionate, part of Palestine. They wanted all of it, still do, the root of this interminable tragedy.

Israel declared itself a state on May 14, 1948, but a full ten years earlier, David Ben Gurion, who would become its first prime minister, told the Twentieth Zionist Congress in Zurich, “After we become a strong force, as a result of the creation of a state, we shall abolish partition and expand into the whole of Palestine.”

He added, “Let us not ignore the truth among ourselves . . . politically we are the aggressors and they defend themselves. . . The country is theirs, because they inhabit it, . . . [and] we want to take it away from them.” In a 1937 letter to his son, Ben Gurion said, “We must expel Arabs and take their place.”

For Ben Gurion and other Zionist leaders, the “solution” was the “transfer,” a euphemism for the forced expulsion, ethnic cleansing, of Arabs from Palestine. He assured the Congress, “Jewish power, which grows steadily, will increase our possibilities to carry out this transfer on a large scale. . . [and] give us something we never had [even in Biblical times].”

Ben Gurion: “How will they react?” Danin: “The initial reaction may be riots, but eventually they will get the message.” Ben Gurion passed this on Moshe Sharett, his Foreign Minister, adding, “They will be at our mercy, . . . anything we want to do to them can be done.” Israeli historian Ilan Pappé in The Ethnic Cleansing of Palestine (2006).

March 10, 1948, Ben Gurion and other Zionist political and military leaders met in Tel Aviv and adopted Plan Dalet, what Pappé calls a “blueprint for ethnic cleansing,” including “laying siege to and bombarding villages and population centers, setting fire to and demolishing homes, and planting bombs in the rubble to prevent the expelled inhabitants from returning.” Ben Gurion’s July 18, 1948 diary entry reads, “We must do everything to ensure they never return.”

May 14, 1948, Israel declared itself a state, and the simmering conflict between Jews and Arabs inside Palestine burst into a full-blown war. Arab armies from Jordan, Syria and Egypt poured in, and so a myth was born, a Jewish David against an Arab Goliath trying to “drive all Jews into the sea.”

Myth indeed. Jordan’s Hashemite King Abdullah was actually there to prevent his bitter rival, Hajj Amin al-Husseini, the Grand Mufti of Jerusalem, from creating a Palestinian state, and to annex the West Bank in the bargain, Syria was there to thwart Abdullah, and Egypt wanted the Gaza Strip.

At cross purposes and, according to Israeli historian Avi Shlaim,The War for Palestine, their combined forces outnumbered and outgunned by Israel from the start, the so-called “Arab Liberation Army” really never had a chance.

In May 1948, Jewish military forces began to systematically and ruthlessly expel Palestinians from the then two biggest coastal cities, Haifa and Jaffa, and from 531 rural villages.

Researchers for the 2021 documentary, “1948: Creation & Catastrophe,” by Andy Trimlett and Ahlam Mutaseb, translated from Hebrew copies of military orders “to occupy the villages, cleanse them of their inhabitants, . . . and prevent them from returning again by destroying the villages.”

“During May [1948] ideas about how to give permanence to the Palestinian exile began to crystallize, and destruction of villages was immediately perceived as a primary means of achieving this aim. . . . [Even earlier], on 10 April, units took Abu Shusha . . . the village was destroyed that night . . . Khulna was leveled by Jewish bulldozers on 20 April . . . and then al-Mansi and Naghnaghiya. . . . By mid-1949, a majority of the depopulated Arab villages were either completely or partly in ruins and uninhabitable.” Israeli historian Benny Morris, The Birth of the Palestinian Refugee Problem, 1947-1949.

Of the 370 Jewish towns established by Israel between 1948 and 1953, 350 with Hebrew names were built on the remains of razed Palestinian villages.

Moshe Dayan, Israel Defense Forces (IDF) Chief of Staff 1953 – 1958, addressing Israel’s Institute of Technology in 1969: “You do not even know the names of these Arab villages, and I do not blame you, because these geography books no longer exist; not only do the books not exist, the Arab villages are not there either. Nahalal arose in the place of Mahalul, Gevat in the place of Jibta, Sarid in the place of Haneifs and Kefar Yehoshua in the place of Tell Shaman. There is not one place built in this country that did not have a Arab population.”

Before destroying Palestinian villages, Jewish forces systematically looted Arab homes and businesses, they took literally everything that wasn’t nailed down and much that was.

Holocaust survivor Josef Ben-Eliezer served in the Haganah in 1948. Interviewed late in life by Trimlett and Mutaseb, he recalled that Israeli soldiers expelling the Palestinian residents of Lydd and Ramla, two villages outside the area designated for a Jewish state, confiscated their valuables, “every watch, piece of jewelry and money,” which, he said, “reminded me very much of the time when I was a child, . . . we were starting to do the same thing [the Nazis] had done to us as Jews.”

And then there was Deir Yassin, a Palestinian village of 600 just outside Jerusalem. According to Israeli historian and politician, Simha Flapan, “For the entire day of April 9, 1948, [Zionist paramilitary terrorist groups] Irgun and LEHI [aka Stern Gang] soldiers carried out the slaughter in a cold and premeditated fashion. . . . [they] lined men, women and children [240 in all] up against the walls and shot them. . . . The ruthlessness of the attack on Deir Yassin shocked Jewish and world opinion alike, drove fear and panic into the Arab population, and led to the flight of unarmed civilians from their homes all over the country.” Flapan, The Birth of Israel (1987).

Meryem Akil, just 10 years old in 1948, is one of the last Deir Yassin survivors. Now 83, she recalls, “Jews came down at dawn. They surrounded the village. They didn’t want anyone to escape. . . . Our whole house was under fire. Our mother didn’t know where to hide us. . . . They took my 16-year-old brother out into the garden and bowed his head, shot and martyred him in front of my sister’s eyes.” Then her father, another brother, finally her mother. Terrorism, no other word for it.

By the end of 1948, 750,000 Palestinians, 80% of the Arab inhabitants of what became Israel literally overnight, had fled to refugee camps in Jordan, Lebanon, the West Bank and the then Egyptian-controlled Gaza Strip.

Israeli historian Peretz Kidron: “Israeli propaganda has largely relinquished the claim that the Palestinian exodus of 1948 was ‘self-inspired.’ Most Israeli leaders now concede that the Arab population fled as a result of Israeli military action, whether directly, as in Lydda and Ramleh, . . . or indirectly due to the panic in Arab population centers after the Deir Yassin massacre and similar actions.” Kidron, quoted in Blaming the Victims, Said and Hutchins (1988).

Those who remained lived under Israeli military rule, including pass laws and a night curfew, until 1966, some were held in forced labor camps until 1955.

Palestinians call this mass eviction and destruction of Palestinian society, “Nakba,” their “Catastrophe,” and every year on May 15, Nakba Day, commemorate what they lost, what the Zionists took from them. Everything.

When the dust settled less than ten months later, Israel controlled 78% of Palestine, everything except Gaza, East Jerusalem and the West Bank, the area between the west bank of Jordan River and the Green Line, the March 10, 1949 cease fire line that became, for the time being, Israel’s eastern border. In a side deal with Israel, Jordan got East Jerusalem and the West Bank in exchange for Abdullah’s earlier pledge not to oppose creation of the Jewish state.

But still not enough. Menachem Begin, then head of the Irgun and later Israel’s 6th Prime Minister, declared: “The partition . . . will not bind the Jewish people. . . . [this land] will be restored to the people of Israel. All of it.”