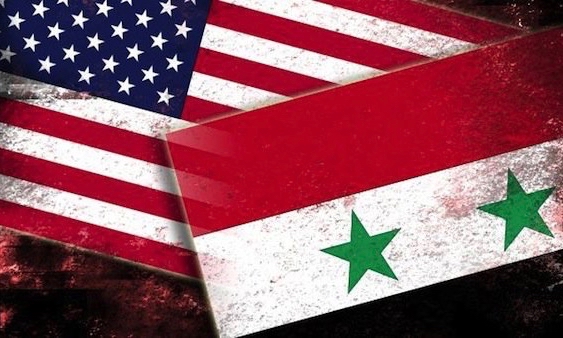 Post 5. Syria 1949: The First, But Not Last, U.S. Coup Against Democratic Governments in Middle East

Syria was created as a French mandate after World War I as the Arab Kingdom of Syria,  but in 1946, with King Faisal as its nominal head, Syria became an independent, democratic, self-governing country. Or so Syrians were led to believe.

Shukri al-Quwatli was elected as independent Syria’s first president. Scion of a wealthy Damascus merchant family, Muslim but Jesuit-educated, he had been a long-time activist in the campaign for Syrian independence, first from the Ottomans and after Sykes-Picot from the French, and along the way both jailed him.

As President, Quwatli blocked the construction of the Trans-Arabian Pipeline, shorthand Tapline, a joint venture of Standard Oil of New Jersey (today ExxonMobil), Standard Oil of California and Texaco (now Chevron), because he feared undue foreign influence, i.e., the U.S. government and American oil companies, in the Syrian economy and politics. Good instincts.

Worse from the U.S. point of view, Quwatli refused to recognize the new state of Israel and Syria was on the wrong side of the 1948 Israel-Arab War, all to the great displeasure of President Harry Truman, who had pushed the partition of Palestine through the United Nations. So Truman authorized the CIA to recruit General Husni al-Za’im, the Syrian army chief of staff, to oust Quwatli, the very first of many CIA-backed coups against democratically elected leaders of other countries. American exceptionalism at work in the real world.

Deane Hinton, then a very junior Foreign Service Officer – Syria was his first posting – who would go on to be U.S. Ambassador to five different countries, was part of the CIA “Political Action Committee” charged with carrying out the coup against Quwatli. In one of the early planning meetings, Hinton spoke up:

“I want to go on record as saying that this is the stupidest, more irresponsible action a diplomatic mission like ours could get involved in, once we start, these things will never end.”

Right on so many levels. But Hinton’s principled frankness got him booted from the Committee, the coup went ahead, and al-Za’im immediately approved Tapline and recognized Israel. Drinks all round at CIA headquarters. But be careful what you wish for, Za’im turned out to be a murderous tyrant and was overthrown only five months later.

Quwatli was exiled to Egypt, where he formed a close friendship with Gamal Abdel Nasser, who in 1956 would become Egypt’s president and nationalize the Suez Canal. Emboldened, Quwatli returned to Syria and won the presidency again in 1955, and the U.S. again tried to oust him, first in 1956, “Operation Straggle,” and then in 1957, “Operation Wappen,” both authorized by President Eisenhower and successful only in causing Syria to break off diplomatic relations with the U.S. and look to the Soviets for military aid. Genius.

Bottom line, rather than supporting Syria’s fledgling democracy, the U.S. undermined it, changing the rules of the game so that military coups, rather than elections, became the norm, including the coup that brought Hafez al-Assad to power in 1970, succeeded in 2000 by his son Bashar al-Assad, both Alawites, a Shi’a sect in a country 70% Sunni. And we know how that turned out.