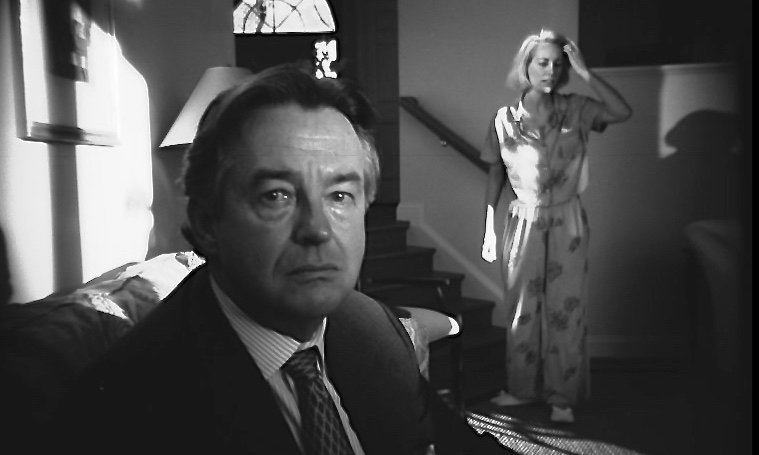 In his January 28, 2003 State of the Union address, George W. Bush declared, “The British government has learned that Saddam Hussein recently sought significant quantities of uranium from Africa,” quickly dubbed, in press shorthand, “the 16 words.”

Joe Wilson was dumbfounded, he knew it wasn’t true. He told journalist Seymour Hersh, “I gave them months to correct the record. . . but they kept on lying.”

Finally, in a July 6, 2003 Op-Ed to the New York Times, “What I Didn’t Find in Africa,” Wilson said that “if his answer to Cheney’s question, ‘No, Iraq did not buy five tons of uranium from Niger,’ had been ignored because it did not fit certain preconceptions about Iraq, then a legitimate argument can be made that we went to war under false pretenses.”

The day after Wilson’s Op-Ed was published, Ari Fleischer, the White House press secretary, was challenged by a New York Times reporter about the 16 words. “So it was wrong?” Fletcher replied, “Yes, that’s what we’ve acknowledged,” and in a heartbeat the White House was, if only temporarily, back on its heels.

One week later, July 14, political pundit Robert Novak wrote a column in the Washington Post, “Mission to Niger,” about the political blaze Wilson had lit. Novak did not bash Wilson, noting that as Deputy Chief of Mission in Baghdad during the First Gulf War (1991-1992), he had “risked his life to shelter in the embassy some 800 [actually 150, according to Wilson] Americans from [the wrath of Saddam Hussein],” who had been threatening to execute anyone harboring foreigners.

Unfortunately, Novak, a/k/a “The Prince of Darkness,” didn’t leave it at that. He went on in his column to say, “Wilson never worked for the CIA, but his wife, Valerie Plame, is an agency operative on weapons of mass destruction . . . [and] two senior administration officials (one of whom turned out to be Richard Armitage, then Deputy Secretary of State) told me that Wilson’s wife suggested sending him to Niger to investigate [the yellow cake story.]”

Overnight, the 16 words became a side story to the fact that Novak had gratuitously and carelessly “outed” Plame as a CIA agent, effectively ending her career.

In fact, Plame was much more than a garden variety CIA “operative.” She had “non-official cover” (NOC) status, which meant two identities, one for her CIA duties, recruiting and handling foreign agents in the field, and her cover, a fake name and job description, e.g., embassy attaché. Even her family – including her father Sam Plame, who retired from the Air Force as a lieutenant colonel and later worked with the National Security Agency – did not know what she did.

NOCs have no diplomatic protection, and if uncovered and apprehended by a foreign government are often treated as spies. So inside the CIA, an NOC’s cover, painstakingly created and layered over the years, is the “holiest of holies.” Indeed, knowingly disclosing an NOC’s identity is a felony under the Intelligence Identities Protection Act of 1982, punishable by up to 15 years in prison.

On September 30, the Justice Department launched a formal investigation. The trail of bed crumbs was long and meandering, but eventually, relentlessly, led to Republican strategist Karl Rove, who reveled Plame’s CIA identity to Matthew Cooper of Time, to Richard Armitage, then Deputy Secretary of State, who told investigators that he had “inadvertently” disclosed Plame’s identity to Novak, to Judith Miller, who spent 85 days in jail after refusing in grand jury proceedings to disclose her sources, and ultimately to Scooter Libby, who told FBI agents that he had not revealed Plame’s identity to Miller, only to be undone by both Miller’s notes and his own about their conversations.

Novak and Rowe were never prosecuted – “knowingly,” i.e., criminal intent, is a high legal bar – but Libby was indicted on five counts of obstruction of justice, false statement and perjury, convicted on four, sentenced to 30 months in prison, disbarred and forced to resign as Cheney’s chief of staff.

Hours before Libby was to be taken into custody, President Bush commuted his sentence to a $250,000 fine and two years of probation. Libby never served a day in jail. In 2018, Donald Trump, perhaps hoping to set a precedent for himself after leaving office, gave Libby a full pardon.

In 2006, Plame resigned from the CIA after a 21-year career because, she said, “My name and identity were carelessly and recklessly abused by senior government officials in the White House and state department. . . . for purely political reasons, . . . I could no longer perform the work for which I had been highly trained.” That was the least of it. From the minute Joe Wilson’s op-ed hit the street, Karl Rove, Libby, Fox News, et al., ever true to form, launched a no-holds-barred campaign to discredit him and Plame too.

They said that Plame had pushed the CIA to send Wilson to Niger because he needed the money – in fact, he wasn’t paid a dime for his services – or went there for a holiday – Niger was then ranked “the most unlivable country on earth.”

That he was a civilian out of his depth, ignoring Wilson’s distinguished 22-year State Department career, including three years as Senior Director for African Affairs on the National Security Council in the Clinton White House, he had been swimming in the deep end of the diplomatic pool for a long time.

And that he was a Democratic party “hack” – for what it’s worth, Wilson contributed to both the Bush and Gore campaigns in 2000. Plame and Wilson filed a civil lawsuit against Rove, Libby, Cheney and, later, Armitage for their roles in disclosing Plame’s CIA status, but the case was dismissed on jurisdictional grounds, not the merits.

Hoping to “tamp down the whole swirl” and focus on raising their twins, born 2000, the couple moved from D.C. to Santa Fe.

But, no surprise, a movie – about a gorgeous blond spy – soon followed, based on Plame’s memoir, Fair Game, and on Wilson’s, The Politics of Truth: Inside the Lies that Led to War and Betrayed My Wife’s CIA Identity. Starring Naomi Watts as Plame and Sean Penn as Wilson, Fair Game was nominated for the Palme d’Or at the 2010 Cannes Film Festival and won the National Board of Review’s Freedom of Expression Award.

No knock on Naomi, but this is one of the rare examples of a film when one can make the case that the heroine in real life, Valerie, is as good looking and glamorous as the actor who plays her. Same goes for Joe and Sean.

The couple quietly divorced in 2017 after two decades of marriage. But when asked after Wilson died, September 27, 2019, why he wrote “What I Didn’t Find in Niger,” Valerie Plame told the New York Times, “He did it because he felt it was his responsibility as a citizen, . . . It was not done out of partisan motivation, despite how it was spun.” She added, “He had the heart of a lion, . . . He’s an American hero.”

In 2020, Plame ran for Congress in New Mexico’s 3rd District, but despite wide-spread support, went second in the primary to a long-time local activist, Teresa Leger Fernandez, who went on to win this solidly Democratic district. If only both women could be on their way to Congress.