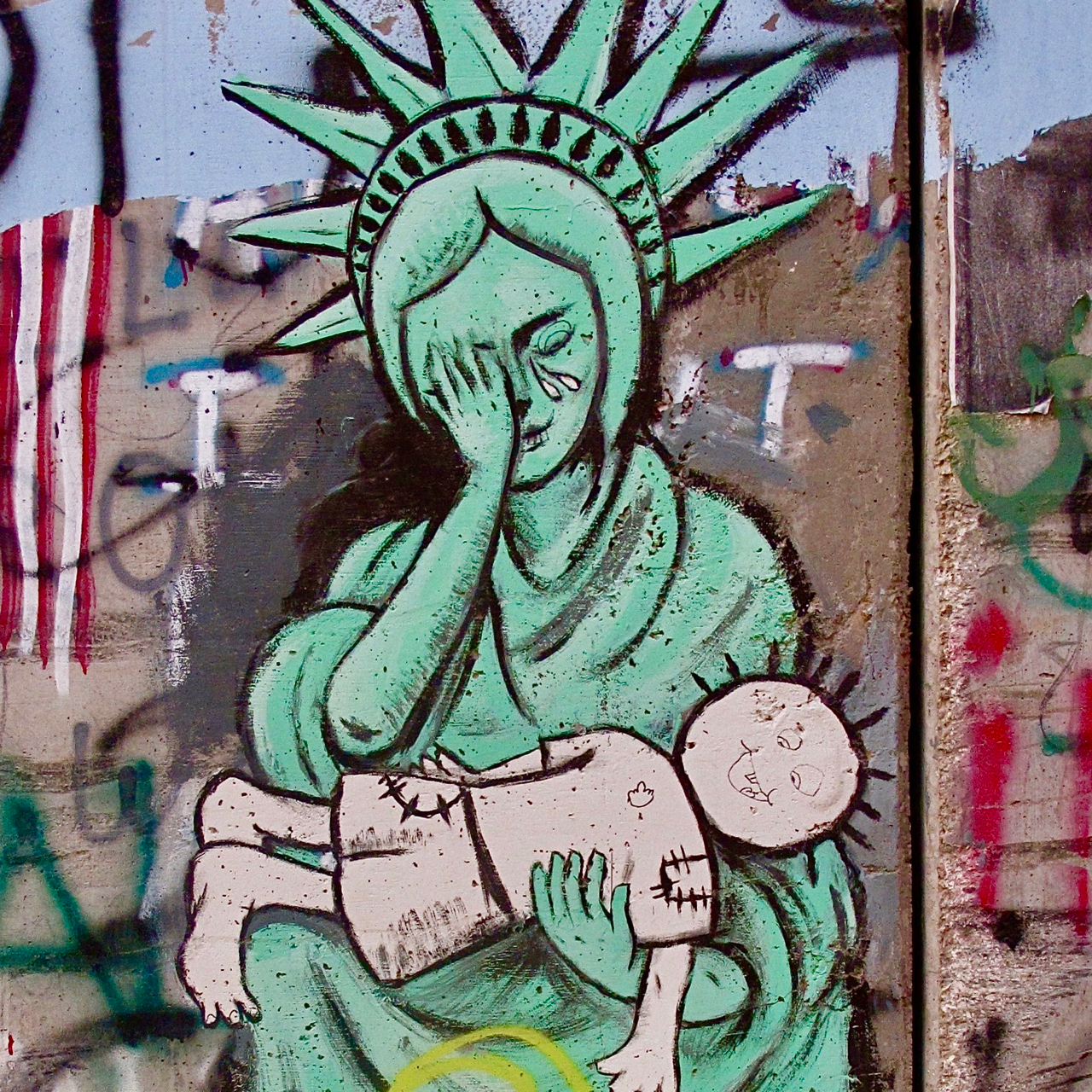 “My name is Khaled. I don’t wish to alarm you, but watch your back, my friend over there wants to kill you.”

The first week of May 1986, Urumchi airport in far western China, I was waiting for a flight to Kashgar en route to the Khunjerab Pass over the Karakoram mountains into Pakistan.

A well-dressed man in his 40’s, Egyptian it turned out, had sidled up to me. Over his shoulder, 20 feet away, a younger man glared, giving me the evil eye.

I extended my hand. “Thank you for the warning, but why on earth would he want to kill me?” He answered, “Because you’re American and two weeks ago Reagan bombed Libya (April 15, in retaliation for a Berlin nightclub bombing).”

I replied, “First I’ve heard of it, traveling in China for the last month, haven’t seen any headlines, but please tell your friend – nodding in his direction – I didn’t vote for Reagan, don’t agree with him on much of anything, not my guy.” Khaled said, “I will tell him, but still watch your back and go with God.”

It was my first personal encounter with the Muslim world, indeed, with any Muslim. And one of them wanted to kill me.

Five years later, 1991, just before Christmas. I arrived Jerusalem from Cairo, my picture of Israel the one painted by Leon Uris in his novel, Exodus, a tiny Jewish democracy struggling to survive in a sea of hostile Arab neighbors.

Four days in, I was walking in Silwan, a predominately Palestinian neighborhood just outside the Old City. Suddenly, two jeeps with six Israeli soldiers pulled up to a three-story house hanging down the hillside, followed by several mini vans spilling a dozen men and women, obviously religious and very agitated, onto the street. “Settlers,” an old man hissed.

Waving what appeared to be some kind of court order and backed by the soldiers’ Uzis, they forcibly evicted a family from the top floor of what had been home to six generations of Palestinians. “This is just wrong,” I said to myself. “Might makes right? Did they forget why Israel was created?”

Earlier in 1991, eight months before I arrived in Israel for the first time, the U.S. had routed Saddam Hussein’s forces from Kuwait in the First Gulf War, and after 9/11 invaded first Afghanistan and then Iraq, starting wars that almost twenty years on are still not done, and America’s reputation in the Middle East, and the conflict between Israel and Palestinians, has gone from bad to worse.

The inevitable questions followed. “Is this just the nature of the Middle East, of the Muslim world? Have U.S. policies contributed to the development of American values, e.g., democracy, rule of law, etc., in the Middle East, or have we caused more harm than good? Why are we, the “leader of the free world,” more despised than admired there?

Trying to answer those questions propelled me into what turned out to be an 18-month odyssey – at times more than I bargained for, so many rabbit holes – of reading, research and writing, culminating in A Century of U.S. Meddling in the Middle East, the 25 following posts, 130 pages in all, starting with Sykes-Picot at the end of WWI and ending with the 2003 war on Iraq.

[Navigation note: the 25 posts cover three pages in the Meddling in the Middle East drop down menu; when you get to the end of a post, just back click in your browser to return to the menu. At the end of page 1, after you finish reading Post 8, Israeli – Arab Wars of 1967 and 1973, you can click on Page 2 and then Page 3 to access the subsequent posts.

Entire books have been written on events I try to sum up in just pages, and no doubt some will quibble about this or that, especially about what was left out. But my goal was not exhaustive scholarship, rather to distill, after much sifting and winnowing, the gist of past events into cogent quick reads – most take less than twenty minutes. I like to think that they could be the syllabus for an introductory course for upper level high school or first year university students.

Even with often exhaustive fact-checking, I may have a few details wrong. I necessarily relied on secondary sources, i.e., news articles and scholarly articles, but take full responsibility for any errors.

Some may disagree with my ultimate conclusions, but for them I make no apology, formed as they were after many hours of hard work and reflection. As for my point of view which comes through, shall we say, “unvarnished” here and there, to borrow a now oft quoted line, “If you aren’t outraged, then you just aren’t paying attention.”