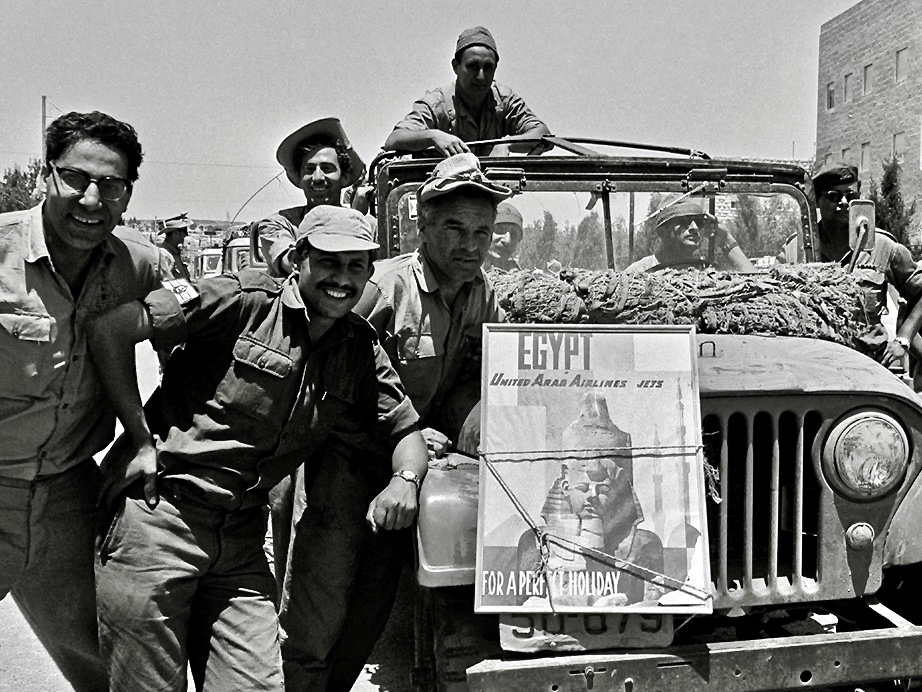 Following the partition of Palestine and the establishment of Israel in 1948, and Israel’s subsequent invasion of the Sinai eight years later during the 1956 Suez Crisis, only a most tenuous ceasefire had existed between Israel and its Arab neighbors. On June 3, 1967, it ended.

Israel attacked Egyptian airfields, destroying virtually its entire air force on the ground, simultaneously launching an armor offensive across the Bar Lev line into the Gaza strip and Egypt’s Sinai Peninsula, routing the stunned defenders. Two days later, Israel did the same to the Syrian air force, followed by ground offensives against Jordan, which since 1948 had governed what is now called the West Bank, and then, on June 9, after agreeing to a ceasefire, against Syria’s Golan Heights.

By the time the dust settled, Israel occupied all of the West Bank, including East Jerusalem, the Sinai Peninsula clear to the Red Sea, just as it did in the 1956 Suez crisis attack on Egypt, and the Golan Heights. Mission accomplished in just six short days.

Indeed, Yitzhak Rabin, Israel’s Chief of Staff in 1967, and later twice elected Israel’s Prime Minister, told the French newspaper Le Monde in 1968, “I do not think Nasser wanted war. The two divisions he sent to the Sinai . . . were [not enough] to start an offensive against Israel, he knew it and we knew it.”

And in 1982, then Israeli Prime Minister Menachem Begin acknowledged, “In June 1967 we again had a choice. Egyptian army concentrations in the Sinai approaches do not prove that Nasser was really about to attack us. We must be honest with ourselves. We decided to attack him.”

General Matti Peled, one of the twelve members of the Israeli Army’s general staff in 1967: “I am convinced that our General Staff never told the government [of Levi Eshkol] that there was any substance to the Egyptian military threat to Israel, or that we were not capable of crushing Nasser’s army which had exposed itself, with unprecedented foolishness, to the devastating strikes of our forces. . . [N]o person in his right mind could believe that all this force was necessary for our ‘defense’ against the Egyptian threat. . . To pretend that the Egyptian forces concentrated on our borders were capable of threatening Israel’s existence not only insults the intelligence of any person capable of analyzing this kind of situation, but is primarily an insult to Zahal [the Israeli Army].”

Six years later, October 6, 1973, on the eve of Yom Kippur, the Day of Atonement, with most Israelis praying in synagogues, Egypt and Syria launched a surprise attack of their own, Egypt trying to regain the Sinai Peninsula and Syria the Golan Heights.

Early on, Israel suffered big losses, e.g., more than 100 planes and 1000 tanks destroyed or disabled, to the point that Prime Minister Golda Meir authorized the deployment of 20-kiloton tactical nuclear weapons – yes, even then Israel had nukes – to be used as a “last resort” if the Israeli battlefield position worsened.

By October 8, worried that the Israelis might indeed “go nuclear,” President Richard M. Nixon authorized “Operation Nickel Grass,” a massive airlift to replace Israel’s battlefield losses, including F-4 fighter-bombers and A-4 attack planes taken directly out of U.S. Air Force units and flown to Ben Gurion airport, where Israeli pilots jumped into the cockpits as U.S. pilots jumped out.

Israel was able to regroup and counterattack, crossing the Suez Canal in less than three weeks to within 100 miles of Cairo and encircling Egypt’s Third Army, approximately 40,000 troops, on the East Bank of the Canal.

On October 22, the Soviet Union and the U.S. together pushed the U.N. Security Council to pass Resolution 338 for an immediate ceasefire. When Israeli forces continued to advance and threatened to overrun the trapped Egyptian Third Army, Leonid Brezhnev sent Nixon an urgent message that if the U.S. did not persuade Israel to abide by the ceasefire, Soviet forces would intervene directly. And with that, the Yom Kippur War was over.

As then KGB chief Alexei Kosygin succinctly put it, “We shall not unleash the Third World War [just because of Israel, Egypt and Syria].” Sensible fellow.

There was a price to pay. Arab members of OPEC (Organization of Oil Exporting Countries, cut production and declared a complete oil embargo on the United States, U.K. and other countries supporting Israel. Gas prices skyrocketed and there long lines at the pump. The 1973 oil crisis would last until March 1974, but most analysts believe that it was not an effective tactic, certainly it did not change U.S. support of Israel one whit.

In 1978, Israel and Egypt signed a peace agreement, the Camp David Accords brokered by Jimmy Carter between Menachem Begin and Anwar Sadat, in which Israel ceded the Sinai back to Egypt, which in turn formally recognized the State of Israel.

But – big but – Israel did not withdraw from the West Bank and the Golan Heights. Quite the contrary, it almost immediately began building Jewish-only settlements in violation of both the Geneva Convention, which prohibits any state from settling its own citizens on land taken in war, and multiple UN resolutions, including Security Council 242, adopted November 22, 1967, more than 50 years ago and counting, demanding “withdrawal of Israel armed forces from territories occupied in the recent conflict.”

And it did not stop. There are now more than 230 settlements and 600,000 Jewish settlers in the West Bank and East Jerusalem, 20,000 more in the Golan, concrete proof that Israel started the 1967 Six-Day War not to fend off military threats from Egypt and Syria, but so that it could take all of pre-partition Palestine. Indeed, that was always the plan.

In 1938, ten years before the State of Israel was established, David Ben-Gurion said, “After we become a strong force, as a result of the creation of a state, we shall abolish partition and expand into the whole of Palestine.”

Ben Gurion had a even more extreme agenda at the 1956 Sèvres conference at which Israel, Britain and France plotted their attack on Egypt after Nasser nationalized the Suez Canal. Early on in these talks, Ben Gurion presented what he called a “fantastic” comprehensive plan for a post-Suez reorganization of the Middle East.

“Jordan, [Ben Gurion] observed, was not viable as an independent state and should therefore be divided. Iraq would get the East Bank in return for a promise to settle the Palestinian refugees there and make peace with Israel while the West Bank would be attached to Israel as a semi-autonomous region. Lebanon suffered from having a large Muslim population which was concentrated in the south. The problem could be solved by Israel’s expansion up to the Litani River, thereby helping to turn Lebanon into a more compact Christian state. . . .” Spoken like a true colonialist. Israeli historian Avi Schlaim in The Protocol of Sèvres, 1956, Anatomy of a War Plot, International Affairs 73-3 (1997).

And then there is Moshe Dayan, Israeli Chief of Staff from 1953 to 1958 and Defense Minister during the Six-Day War: “Israel must see the sword as the main, if not the only, instrument with which to keep its morale high and . . . toward this end it may – No, it must – invent dangers, and adopt a method of provocation and revenge. . . . And above all let us hope for a new war with the Arab countries, so that we may finally get rid of our troubles and acquire our space.”

Avi Schlaim, The Iron Wall: Israel and the Arab World (2001)

Alison Weir, Against Our Better Judgment: How the U.S. Was Used to Create Israel (2014)