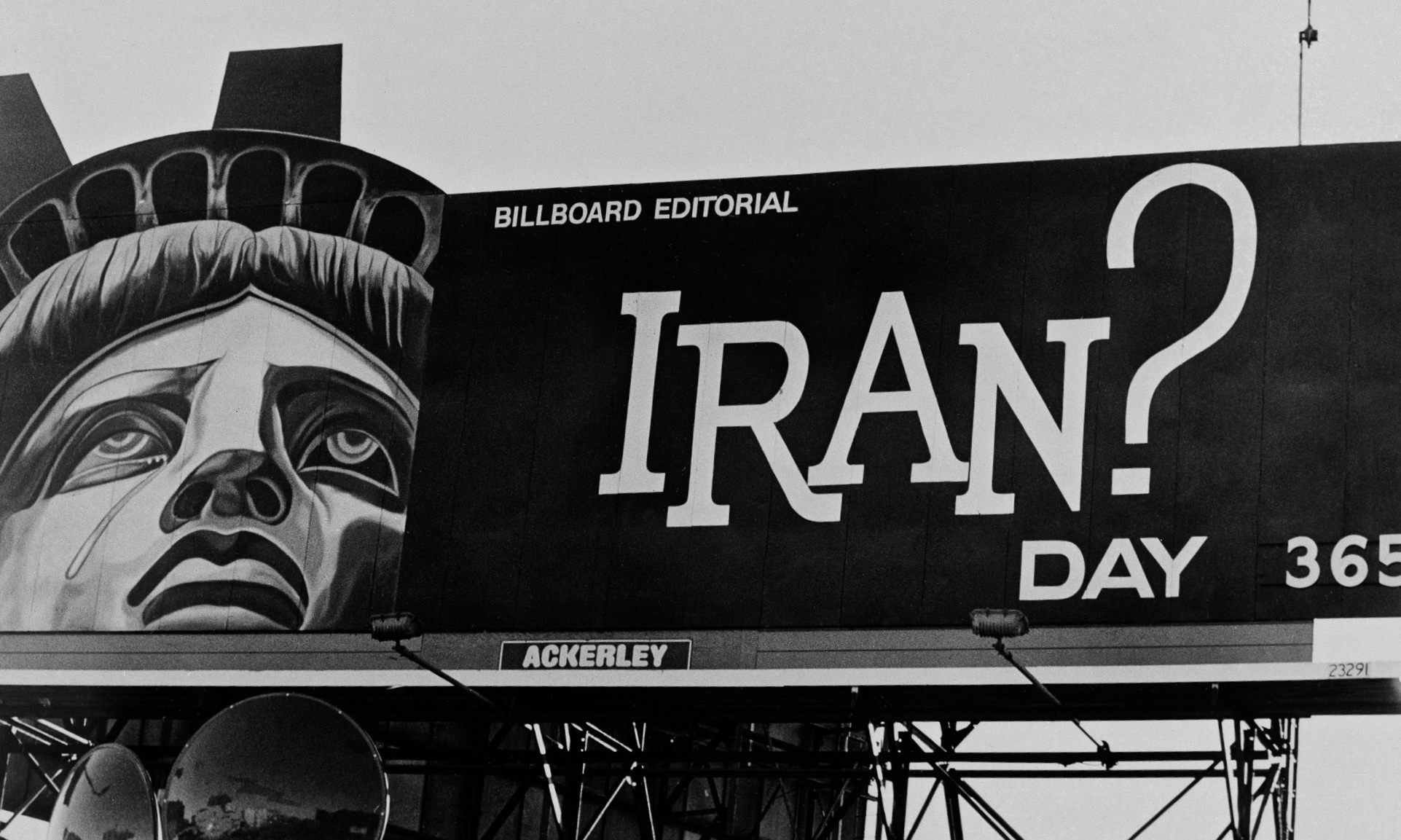 After restoring the monarchy in 1953, the Shah, to his credit, continued the progressive reforms started by Mossadegh. As part of his White Revolution, the Shah broke up large estates and gave land to small farmers, started a school meal program for poor children, built new universities, gave women the vote, and modernized Iran’s infrastructure and military, all paid for with oil revenues that increased six-fold during his reign.

At the same time, the Shah had a huge ego and sense of entitlement. In 1967, he crowned himself Shāhanshāh, the “Emperor,” and in 1971 celebrated year 2500 of the Persian empire with five days of festivities near Persepolis – catered by Maxim’s of Paris and costing an estimated $100 million – attended by a who’s who of royals, government leaders and other grandees from around the world, including U.S. Vice-President Spiro Agnew and that sage of realpolitik, Henry Kissinger. Ayatollah Khomeini, then in exile in Iraq, called it the “Devil’s Festival.”

And the Shah was no democrat. In 1975, he abolished the multi-party system, creating the Rastakhiz, or Resurgence Party, and a one-party state. In his own words: “We must straighten out Iranians’ ranks. To do so, we divide them into two categories: those who believe in the Monarchy . . . and those who don’t. . . . A person who does not enter the new political party . . . will have only two choices. He is either an individual who belongs to an illegal organization or to the outlawed Tudeh (Communist) Party, in other words, a traitor. Such an individual belongs in an Iranian prison, or if he desires can leave the country tomorrow . . . because he is not Iranian, he has no nation, and his activities are illegal.” Indeed, the Shah’s secret police, the SAVAK, trained by the CIA and Mossad (Israeli security), arrested, tortured and killed thousands of dissidents, anyone who spoke out against him, anyone even suspected of opposing his rule.

Still, the U.S. continued to back him to the hilt. New Year’s Eve 1978, President Jimmy Carter toasted the Shah’s “brilliant leadership of Iran as an island of stability in a troublesome region,” adding, “There is no other state figure I appreciate and like more,” words that must be ashes in his mouth today.

But opposition grew, led by secular opposition leaders aligned with conservative clerics – in cassettes smuggled into Iran, the Ayatollah Khomeini issued a fatwa for the Shah’s overthrow – and finally boiled over in oil worker strikes and street riots in Tehran and other major cities. In late 1978, in one last effort to defuse the riots, the Shah appointed an opposition National Front leader, Shapour Bakhtiar, as Prime Minister to signal the return to a democratic civilian government. But feeling U.S. support slipping away, the Shah left Iran with his family for a “vacation,” never to return. He died in Egypt less than two years later.

In his 38 days as Prime Minister, Bakhtiar, who had served as deputy minister of labor under Mossadegh, saw himself only as the head of a transitional government. He called for elections, dissolved the SAVAK and freed all political prisoners, and invited the Ayatollah Khomeini to return from exile. The last was a big, ultimately fatal, mistake.

When Khomeini arrived in Tehran, he was greeted by tens of thousands of supporters, and moved quickly to consolidate power. He condemned Bakhtiar and his secular constitution supporters as “traitors” who had supported the Shah, and he declared a provisional Islamic state. Without the support of the Iranian military, who stayed in their barracks, Bakhtiar fled to exile in Paris, where in 1991, leading the National Movement of Iranian Resistance, he was murdered by Iranian agents in his Suresnes home near Paris. On April 1, 1979, after a landslide victory in a national referendum with only one choice on the ballot, Khomeini declared Iran an Islamic Republic and himself Supreme Ruler.

Kim Roosevelt’s Countercoup became a must-read for the university students in Tehran, who would, on November 4, 1979, storm the U.S. embassy and take 66 Americans hostage. And why wouldn’t they? It was, after all, the place from which Kim Roosevelt and other CIA operatives had planned and carried out the coup against Mossadegh only 26 years earlier. A nest of spies and coup mongers.

Iran offered to release the hostages if the U.S. extradited the Shah, by then in the U.S. for cancer treatment, back to Iran to stand trial for the crimes of the SAVAK and his family’s corruption. But Carter refused to be “blackmailed,” and broke off all diplomatic relations  with Iran, banned imports of Iranian oil and froze $12 billion of Iranian bank deposits, a measured, non-military, response for which Carter got great credit both at home and abroad.

But as months dragged on with no progress in negotiations for release of the hostages, Carter was increasingly viewed as weak and indecisive. So, in the early months of 1980, with a presidential election looming and his National Security Advisor, Zbigniew Brzezinski, egging him on, Carter gave the order for a hostage rescue operation.

The extremely complex two-night mission, code name Eagle Claw, called for eight Sikorsky Sea Stallion helicopters from the U.S.S. Nimitz, and six MC-130 transport planes carrying U.S. Special forces, 132-strong, and 6000 gallons of jet fuel in collapsible bladders to make a dusk landing in the desolate Dasht-e-Kavir salt desert southeast of Tehran. The helicopters  would refuel and then ferry the assault force to a second “hide” only 52 miles from Tehran.

On the second night, they would be met and convoyed in trucks driven by CIA agents already inside Iran to the embassy, where they would snatch the hostages and be picked up by the helicopters at Shahid Shiroudi Stadium just four minutes away. Meanwhile, Army Rangers would capture Manzeriyeh Air Base outside Tehran in time for the arrival of two C-141 Starlifters to carry the hostages and their rescuers off to a glorious homecoming. Raid on Entebbe II. Slick if they could pull it off.

No dice. Too many moving parts, too many things that could go wrong and did. For starters, shortly after entering Iranian air space on April 24, the eight Sea Stallions flew into a haboob, an enormous, nearly opaque cloud of fine dust, and mechanical failures knocked out three of the eight. Down to five, the commanders decided to abort the mission. But in the hurried evacuation, the tail rotor of one helicopter struck the vertical stabilizer of a C-130 loaded with av gas. Fire ball. Failed operation, now tragedy. Eight soldiers were killed, two badly burned. Khomeini called it “an act of God.” U.S. politicos and media called it a “debacle.” Either way a big black eye for both the U.S. and Carter personally.

The Carter Administration subsequently negotiated the release of the hostages in exchange for removal of trade sanctions and the freeze on Iranian assets, but Khomeini deep-sixed Carter’s chances for re-election by dragging his feet on signing the deal until after the November election, just two days before Ronald Reagan’s inauguration. And to rub it in released the hostages precisely as he was being sworn in. And is still rubbing it in. Two of the Sea Stallions abandoned in the salt desert are now in the service of the Navy of the Islamic Republic of Iran.

Republicans later asserted that the Iranians released the hostages because they were worried about a more ‘muscular’ foreign policy from Reagan, but less partisan scholars concluded that the timing of the release was Khomeini just taking one more shot at Carter for refusing to extradite the Shah, and a not so subtle message to the U.S. that if it continued to interfere in Iranian affairs, Iran would retaliate one way or another.

And it did. Three years later, 1983, suicide truck bombers from a group calling itself “Islamic Jihad” blew up the U.S. Marine barracks in Beirut killing 241 U.S. servicemen, and minutes later a French barracks killing 58 paratroopers. Iran denied any involvement, but in 2004 erected a Tehran monument to the “1983 martyrs.”

Mark Bowden, The Desert One Debacle (The Atlantic – May 2006)